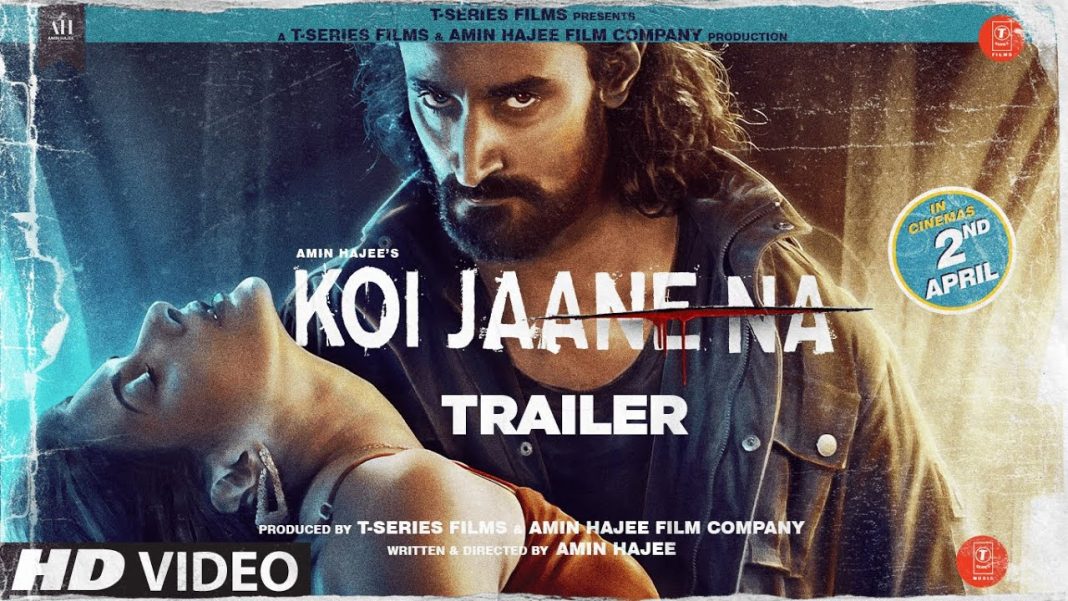 Kabir Kapoor (Kunal Kapoor) is a writer and presently writing a Murder Mystery. However, the story has not been complete yet because his love interest is no more with him. Heartbroken Kabir is now struggling from a personal as well as professional perspective.

Kabir decides to go to a quiet hill station to complete his story to get a place in writer’s block. He meets with (Amyra Dastur) and soon falls for her.

However, someone starts killing the people around Kabir in a mysterious way While it seems everything is back on the track, And the worst part is that the killer is killing in the same way it is described by Kabir in his Murder Mystery story.

A murder mystery should have a tight script so that it could keep the audience on the edge of their seat throughout the film. Secondly, songs should not be unnecessarily stuffed. And number 3, the motive or the murder should be a bit logical and digestible. Koi Jaane Na hardly follows the first two rules. However, the climax of the film can be an exemption.

As a Director, it is the debut bollywood feature film for Amin Hajee. He has entered into film production too for the first time. Bhushan Kumar and Krishan Kumar are the other producers.

Now it is a universal law that practice makes a man perfect and in this case, Amin was way behind the screen for long a very long time. Moreover, he had no experience directing a full-length Bollywood feature film. His inexperience is amply visible in the film.

Amin has first written a loose screenplay and thereafter makes it worse as a director. The film could not run even with an average speed and this is the worst situation for any film.

In most murder mystery films songs are either omitted or go with the pace of the film. In Koi Jaane Na no song was required and almost all song is stuffed without any logical reason. Moreover, no song can be called a memorable song except “Har Fun Maula“. The presence of Amir Khan and Eli Avrram and good music make this song a good one for the entire film. The rest of the songs are unnecessarily slow down the pace of a mystery thriller.

Kunal Kapoor and Amyra Dastur are not such big stars who can lead the entire film on their shoulder without having a tightly bound script and fantastic direction. Perhaps that is why Amir Khan is brought into a song with a special appearance.

Kunal Kapoor’s last Bollywood film was “Gold” (2018) starring Akshay Kumar in the lead role. However, the comeback of Kunal after two years is praiseworthy. Amyra Dastur is also good in the film but it is Kunal who bears the movie on his own shoulders efficiently.

Despite having a loose script, slow speed of movie, and a bit of blend editing, especially in the first half, the film keeps its pace in the second half. I am not revealing anything about climax because it is a murder mystery film.

For mystery film lovers the film can be seen once, keeping in mind that this is not one of the great mystery films but could be the best of the carrier of Kunal and Amyra.

Bollywood Product rates the film “Koi Jaane Na” 3 out of 10 because of its cinematography and some unexpected twists. However, an average 6.1 rating is given by the IMDB users (7) till the time of publication of this post.