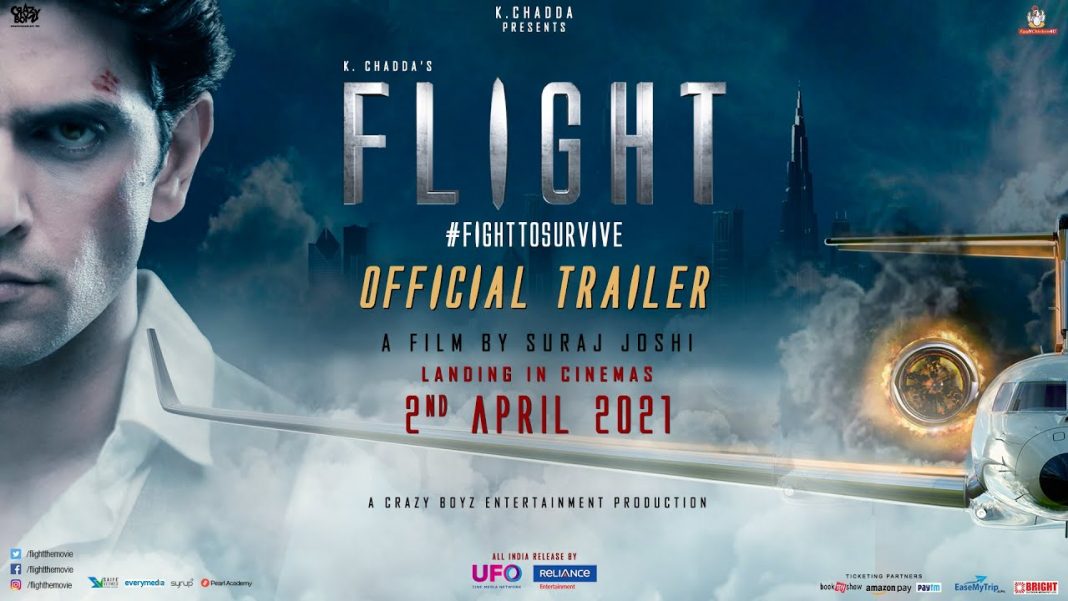 Suraj Joshi who is a part of the Writing and Production team and has also directed the film. In short, mainly four people would be held responsible for the outcome of the film.

An aircraft is crashed and the Black Box is missing. In the absence of the Box, the aircraft company is helpless to find the reason for the crash and thus cannot fix the responsibility of the culprit, if any.

To discuss the issue the board of directors of the company calls for a meeting. These members include Ranveer Malhotra (Mohit Chadha), Balraj Singh (Pavan Mahotra), Raman Khanna (Zakhir Hussain) and Mr. Thwani (Vivek Vaswani).

In the meeting, a decision is taken that Ranveer Malhotra would go to the place where the plane was crashed to find the Black Box.

Ranveer starts his journey alone in a charted flight of the company. However, in the midways, something strange and unusual happens that could lead to another plane crash.

Now, whether Ranveer could survive in the journey, if yes, whether he could find the missing Black Box. And if the answer is still in “Yes” then who is the main culprit is the crux of the story.

It seems that a team of four people has decided to make a movie without any experience in filmmaking. It seems that they decide to all-important arrangements in their hands most probably for cost-cutting. Moreover, they seem to be overconfident that they can write a good script and then direct the same even in a better manner. Perhaps the choice of the story i.e. Mid Air Crisis is rare in Bollywood.

However, the film depicts an entirely different story. The script can not be called a good one. Thereafter, the director has done the rest to make the movie a hell.

Suraj Joshi has directed the film in addition to being a member of the writing team along with Babita Ashiwal and Mohit Chadha. The script is a very loose one. For a Mid Air Adventure, the script should be a tight one. The writing team has completely failed to make a logical conclusion.

The film never gets the attention of the audience and no one seems to bite their nails in anticipation of the next movement. The writers and the director have completely failed to create suspense elements in the film. Moreover, the absolute illogical behavior of the lead character, on the verge of his death, is unbearable.

Mohit Chadha has already done a few films and he uses his experience in the film. He has shown his above-average acting skills but the un-applauded situation makes his acting miserable.

Pavan Malhotra has done a good job though he did not get much screen space. Other supported actors have also done justice to their character.

Smriti Minocha is the Music Director in the film. Background Music is good and goes with the theme of the film. However, nothing is extraordinary in the music.

The trailer of the film was fantastic that gives hope for a brilliant film. A Hindi proverb “Khoda Pahaad Aur Nikli Chuhiya” comes true for this film. However, some good cinematography by Deepak Pandey and the adventure-loving audience can go to the cinema for the same.

Bollywood Product is compelled to give a very low rating of 4 out of 10 for this film due to its badly written screenplay and horrible direction.