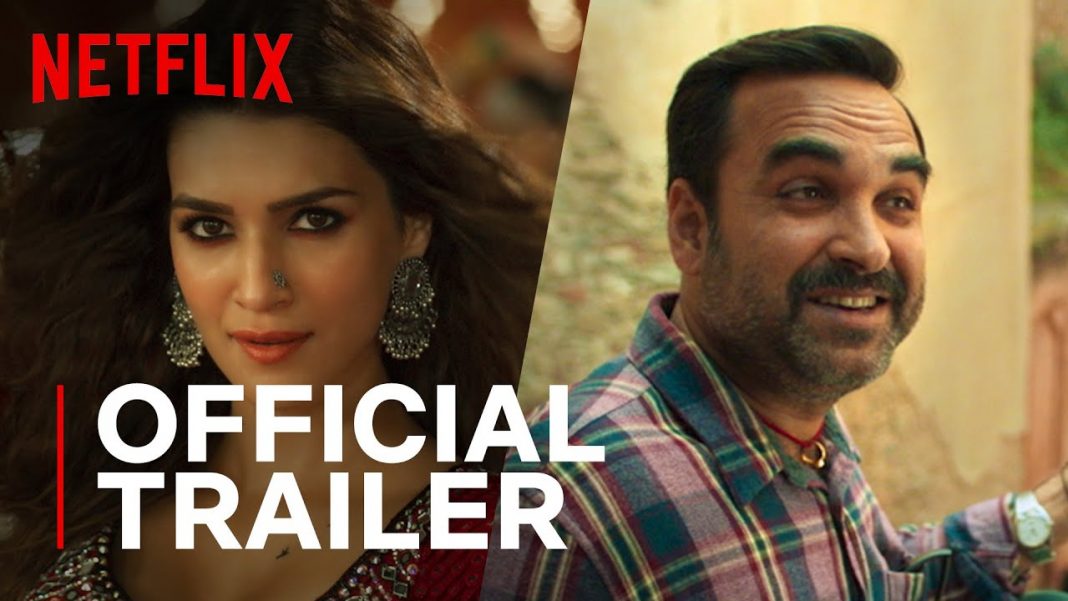 Mimi is a Bollywood Comedy Film that releases on 30 July 2021. The film released only on OTT Platforms due to Covid-19 epidemics. Mimi is available on digital platform Netflix and Jio Cinema.

MiMi is based on a Marathi language film Mala Aai Vhhaychy (2011) written, produced, and directed by Samruoddhi Porey. Urmila Kanetkar played the lead role in the film.

Laxman Utekar has directed Mimi. The last directorial of Laxman Utekar was Luka Chuppi (2019), which received a huge commercial success.

Ace Music Director A. R. Rahman has composed music for the film Mimi. Amitabh Bhattacharya has written lyrics for all the songs.

One song Param Sundari has already gained popularity on YouTube.

Bhanu (Pankaj Tripathi) starts finding a suitable girl for them.

Mimi (Kriti Sanon) is a happy-go-lucky girl who is not financially well off.

She needs money and Bhanu’s offer for Rs. 20 lakh was too hard to resist.

Mimi agrees to become a surrogate mother. However, the story takes a U-Turn when the American couple drops the idea of surrogacy after a few months.