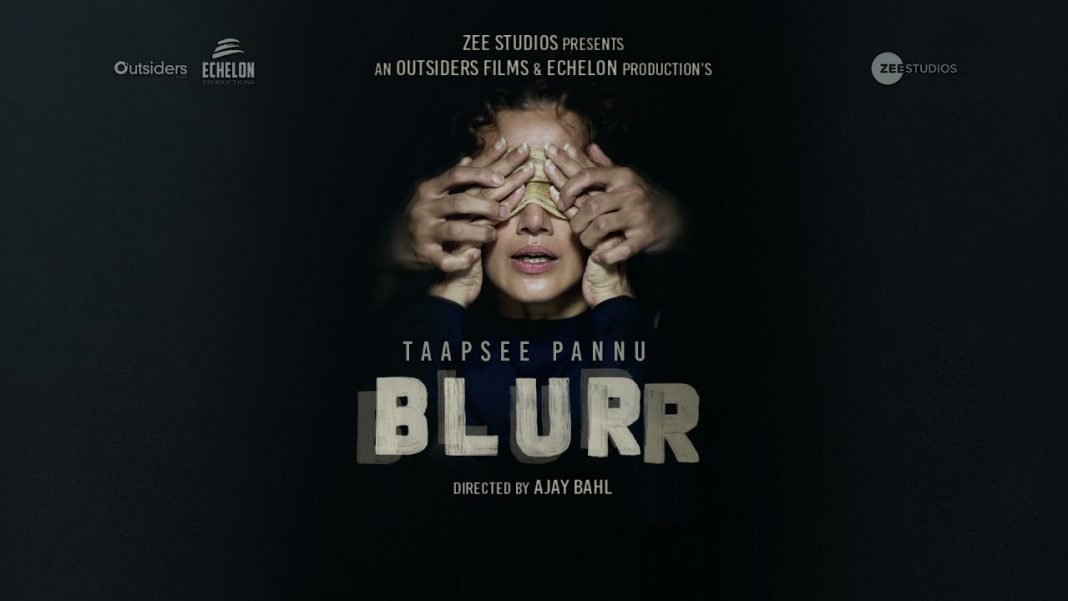 Blurr is a Bollywood Suspense Thriller film. The film will be releasing in 2022.

Taapsee Pannu has made his Bollywood Debut as a Producer. She has co-produced the film along with Zee Studios, Vishal Rana (Echelon Productions), Pranjal Khandhdiya, Pradeep Sharma, and Tonny Dsouza.

Blurr is most probably a remake of a Spanish Horror Thriller film Julia’s Eyes (2010). Guillem Morales was the Director in addition to writing the screenplay along with Oriol Paulo.

Earlier, Taapsee Pannu played the lead role in the film Badla (2019). Amitabh Bachchan was also in the lead role. Badla was a remake of a Spanish language film The Invisible Guest” directed by Oriol Paulo.

Now Taapsee is doing a film based on another Spanish language film “Julia’s Eyes” (2010), written by the Director of The Invisible Guest.

Taapsee Pannu is playing a Double Role for the first time in Blurr. She has also made her debut as a Producer in the film Blurr. Zee Studios, Vishal Rana, Pranjal Khandhdiya, Pradeep Sharma, and Tonny Dsouza are the co-producers.

Ajay Bahl has directed Blurr. He has also written the Story and Screenplay along with Pawan Sony.

Blurr depicts the story of twin sisters (Taapsee Pannu). One of them dies suspiciously. Now the other sister has to find out the reason for the death of her sister. However, she is slowly losing her vision day by day.